5 Points On New UP BJP Chief 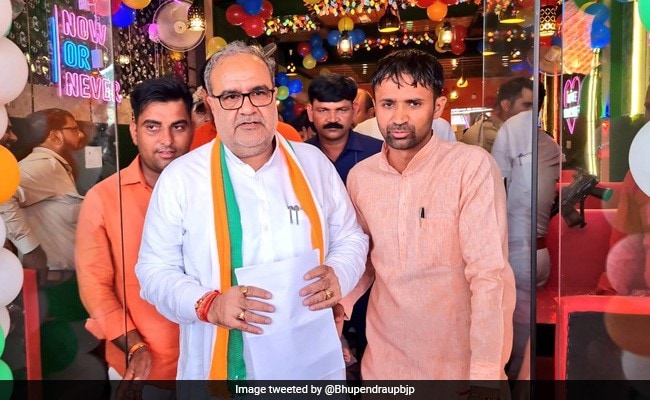 Bhupendra Singh Chaudhary is the Minister for Panchayati Raj in UP.

The Bharatiya Janata party (BJP) on Thursday appointed Uttar Pradesh cabinet minister Bhupendra Singh Chaudhary as the party’s chief in the state. His appointment is seen as the BJP’s attempt to reach out to the influential Jat community.