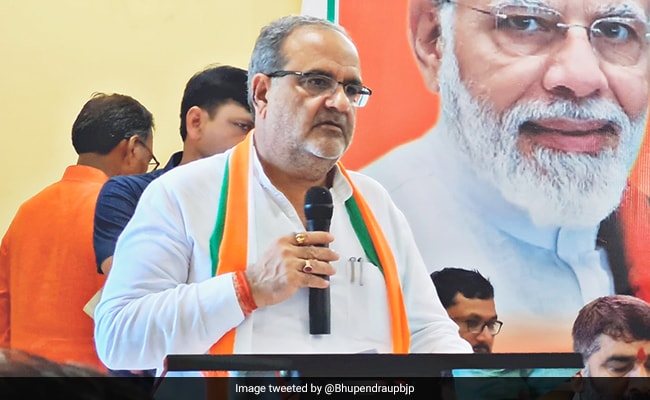 The Bharatiya Janata Party today announced several top-level appointments in various states. In a significant political play, Bhupendra Singh Chaudhary, a minister in the Uttar Pradesh government and a member of the Legislative Council, has been made its UP President. Mr Chaudhary is from Western UP’s Jat community and has reportedly been appointed to consolidate Jat votes for the 2024 Lok Sabha elections as the traditional BJP voter base might be slipping away from the ruling party after last year’s massive protests against the contentious and now-revoked farm bills.

Experts say Mr Chaudhary’s appointment could potentially dent the influence of the Samajwadi Party-Rashtriya Lok Dal alliance in west UP where the Jat community has a hold over around 20 Lok Sabha seats.

Undoubtedly, under your energetic leadership, BJP will set new benchmarks of success in the state with the spirit of ‘Sabka Saath, Sabka Vikas, Sabka Vishwas, Sabka Prayas’,” he tweeted in Hindi.

Bhupendra Singh Chaudhary, who is considered close to Home Minister Amit Shah, was suddenly called to Delhi by the party on Wednesday.

Rajeev Bhattacharya was appointed as Tripura BJP President and the party’s national Vice President Saudan Singh has been made the election in charge of Himachal Pradesh.

Devendra Singh Rana has been appointed as joint election in charge for Himachal Pradesh.