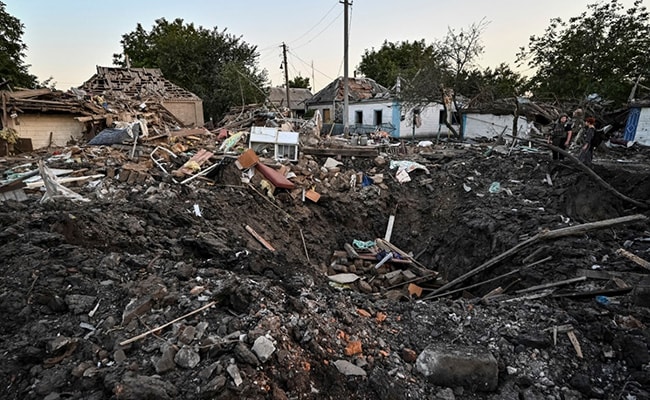 Ukraine’s defence ministry did not immediately respond to requests for comment.

The deputy chief of traffic police in the Russian-controlled Ukrainian city of Berdiansk died in hospital on Friday after being wounded in a bomb blast, local Russian-installed officials said.

In a statement posted on Telegram, the Russian-installed Berdiansk authorities said Alexander Kolesnikov had been killed in a “terrorist attack” that they blamed on “the Kyiv regime”.

Ukraine’s defence ministry and military intelligence did not immediately respond to requests for comment.

Berdiansk, a port of around 100,000 people on the Azov Sea, was captured by Russia in February. The incident there was the latest in a series of apparent assassinations of Russian-backed officials in occupied areas of Ukraine.

This month, the deputy head of the Russian-imposed administration of Nova Khakovka was shot dead in his home, while in June a senior official in Kherson region’s Russian-installed administration was killed in a car bomb.