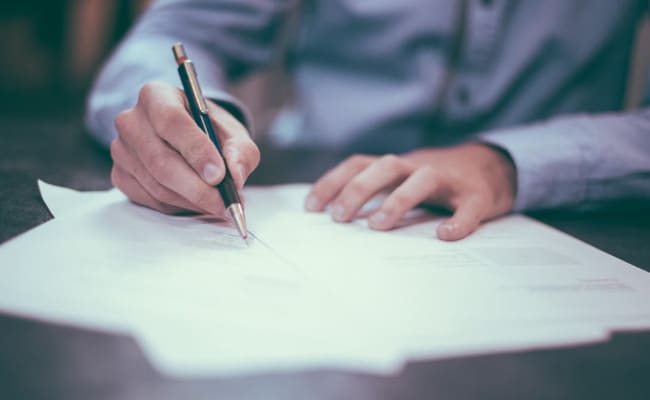 The company made an error while filing notice to the Stock Exchange. (Representational Image)

A post is gaining traction on social media that claims to show a blunder made by a Rajasthan-based company while filing notice to the Stock Exchange. The text of a notice posted along with the tweet shows the company named AK Spintex is “pleased to announce the death of the promoter.”

Dear investors, the world in a cruel place once you are gone.look at AK Spintex folks 😔

Can something be done to correct the issue. #stockmarketnewspic.twitter.com/2QPWkmdmKe

The company made an error while submitting its corporate registration to the stock exchange on August 25, according to the screenshot going viral.

The post was shared by Twitter handle named Dukhi Aatma user on Twitter on Friday and shows the screenshot of the notice in which the error was made. While sharing the post, the user wrote, “Dear investors, the world in a cruel place once you are gone. See how company secretaries using old template/wrong template changes the meaning.”

“Can something be done to correct the issue,” he further said in the tweet.

The text of the notice reads, “We are pleased to inform that promoter of our company Smt. Saroj Devi Chhabra holding 4,41,000 Shares (8.76%) is no more in this world. You are requested to please take on record the above said information of the company for your reference and further do the needful.”

Signatures of the company’s secretary and compliance officer on the notice can also be seen in the screenshot shared.

“He might made a mistake with “regret to inform” but how he made so serious mistake?? RIP,” wrote a user.

Another said, “We are pleased to inform….” Perhaps AK Spintex should consider reducing the work load on Mr. Ashish Kumar Bagrecha” referring to one of the persons who signed the document.