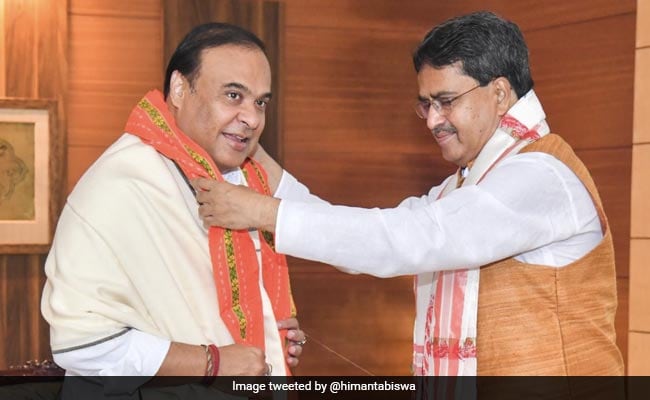 With Tripura set to hold elections early next year, the BJP is returning to the drawing board to chalk out a strategy for the state, where it is seen on a sticky wicket and has had to change its Chief Minister just a few months ago. Today, the party held a crucial meeting of the leadership to discuss the plan in Guwahati.

The meeting was chaired by the party’s national general secretary BL Santosh. Both Tripura Chief Minister Dr Manik Saha and his deputy Jishnu Debvarma had travelled from Agartala to Guwahati to attend the meeting.

The meeting comes ahead of a visit by party chief JP Nadda and Rashtriya Swayamsevak Sangh chief Mohan Bhagwat later this week.

It also assumes significance since it took place just a day after the BJP suffered a jolt in the state. The party’s leader of the opposition in the Autonomous District Council, Hangsha Kumar Tripura, joined the “Tipra Motha” — the ruling party in the state’s lone tribal council — with a huge chunk of tribal supporters.

The BJP’s closed-door meeting last for about four hours, and while none of the top leaders spoke to the media after the meeting was over, BJP sources have added that multiple issues were on the agenda.

Discussions also took place on whether to continue its alliance with the IPFT party or contest the elections alone, they added.

BJP leaders also reviewed the political positioning of the party in Tripura as its top leadership is said to be concerned with the growth of the regional party TIPRA led by royal scion Pradyot Manikya Debburman with BJP and IPFT’s tribal area support base eroding in favour of TIPRA.

The possibility of a resurgence by the Congress and the Left ahead of the polls was also discussed, sources privy to the meeting added.