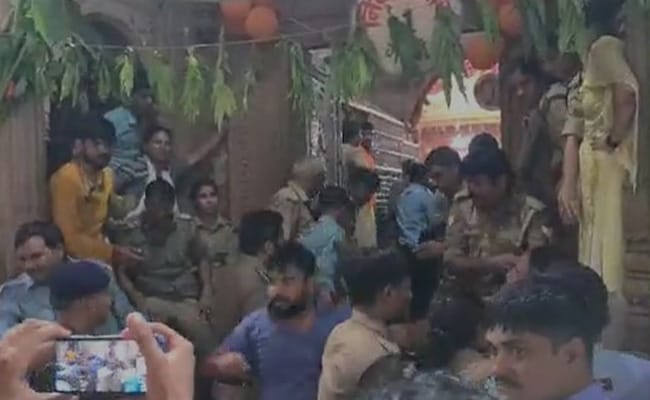 Bankey Bihari temple stampede: The probe committee is expected to submit its report within 15 days.

A two-member high-level committee set up by the Uttar Pradesh government to probe the August 20 stampede at the famous Bankey Bihari temple here began its inquiry on Thursday, officials said.

Two devotees were killed and seven injured in the stampede at the Bankey Bihari temple here during Janmashtami celebrations in the early hours of Saturday.

Mr Singh said it is too early to arrive at any conclusion as the probe has just begun.

“Over 180 suggestions and complaints were registered on Thursday,” they said.

Mr Singh had visited areas adjacent to the Bankey Bihari temple on Tuesday.

The probe committee is expected to submit its report to the government within 15 days.