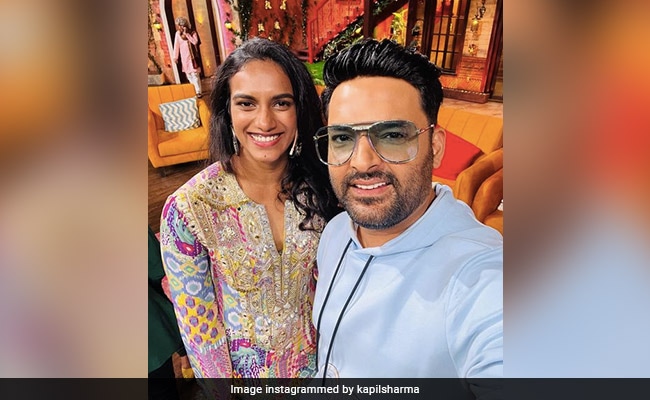 And being his funny self, Kapil Sharma ended the caption by saying, “Pic 7 – Me with no medal but new shades.”

Following his post with the star athletes, Kapil Sharma impressed fans with a video of him singing the ghazal Kab Tak Yun Hi Rulaayegi Tanhaiyaan by singer Hariharan. In the caption, Kapil said, “One of my favourite ghazal of Hariharan sahab.”

Replying to the post, Hariharan said, “It was a nice moment on stage!”

Meanwhile, Kapil Sharma is also making waves as an actor as his film Zwigato is all set to have its world premiere at the prestigious Toronto International Film Festival. Kapil Sharma posted the news on Instagram, “Applause Entertainment and Nandita Das Initiatives are proud to announce that our film Zwigato, written and directed by Nandita Das, starring Kapil Sharma and Shahana Goswami, will have its world premiere at the prestigious 47th Toronto International Film Festival [TIFF] 2022 in the ‘Contemporary World Cinema’ section.”

Kapil Sharma has appeared in films such as Firangi and ABCD 2, among others