More Than 2,000 Pigs Die Of African Swine Fever In Rewa In Span Of 2 Weeks 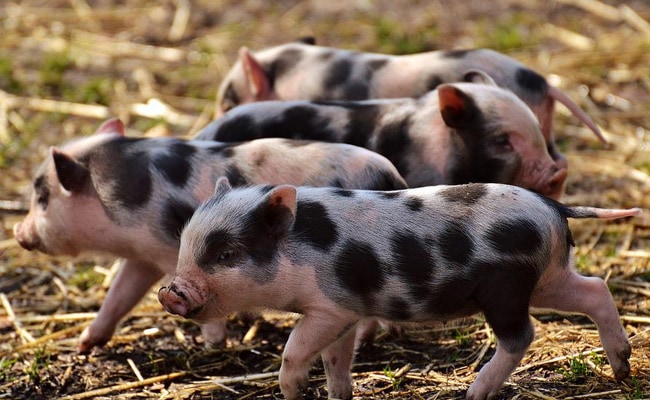 African Swine fever has claimed the lives of more than 2,000 pigs in Rewa.(Representational)

More than 2,000 pigs have died due to African swine fever in Madhya Pradesh’s Rewa city in the span of two weeks, prompting the administration to issue prohibitory orders, an official said on Sunday.

The prohibitory orders have been issued under section 144 of the Criminal Procedure Code (CrPC), banning transportation, purchase and sale of pigs and their meat, collector Manoj Pushp said in the order under the Prevention and Control of Infections and Contagious Animal Disease Act 2009.

As per the order, the National Institute of High Security Animal Diseases (NIHSAD) in Bhopal has tested samples and detected African swine fever in pigs within Rewa municipal limits.

Pigs in the district started dying around two weeks ago, following which the animal husbandry department sent samples to the laboratory, it said.

There are more than 25,000 pigs in the city, of which the maximum number of infected animals were found in ward 15, said Dr Rajesh Mishra, deputy director of the Animal Husbandry department.

By demarcating this settlement as a red zone, all pigs within a radius of one km were being screened and healthy animals were being vaccinated against the disease, he said.

According to officials, African Swine fever has claimed the lives of more than 2,000 pigs in Rewa city alone within two weeks.

Teams of local municipal authorities are disposing of the carcasses, they said.