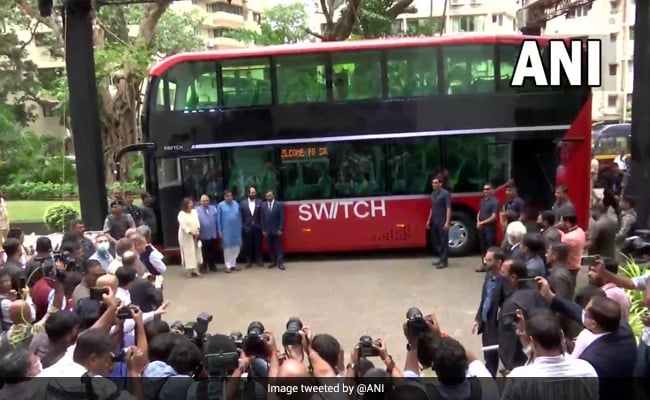 Mumbai’s iconic double-decker buses are set for a comeback in an electric avatar with a Brihanmumbai Electric Supply and Transport Undertaking official stating that their numbers will match the highs of the 1990s by next year.

The financial capital is the last urban area where these double-deckers are still running, though they were once found in robust numbers in Kolkata, Bengaluru, Delhi, Thiruvananthapuram and Chennai, among other cities, officials said.

According to officials, BEST had the highest number of double decker buses in 1990, before the figures started dipping post 1995. By 2006, the city’s premier road transport utility had 225 double-deckers as losses began to mount and operating costs went north.

There are some 50 left in Mumbai, most of these running in the southern part of the city and some being used to give heritage tours to tourists. This existing batch was introduced in 2007 and would soon go off the roads at the end of their codal (operational) life, officials added.

A new electric air-conditioned double-decker bus was launched last week, a first for India, with BEST general manager Lokesh Chandra telling PTI it would hit the roads from September.

These new buses will give people a comfortable ride and also improve the ridership of BEST to around 40 lakh per day from the current 33 lakh passengers per day, he added.

“Mumbai witnesses heavy traffic and double-deckers, at 10.5 metres, can carry 100 passengers against normal buses that ferry about 50. These double-deckers will help us regain carrying capacity of 1.5 lakh seats per day, which were lost due to introduction of smaller buses,” the BEST GM explained.

As per SN Pendsay’s book ‘The B.E.S.T Story’, double-deckers were first introduced on the metropolis’ roads in 1937, some 11 years after fossil-fuel vehicles of the undertaking hit the roads.

“Double-decker buses were introduced in 1937 in order to cope better with the growing traffic. The single-deck vehicle carried 36 passengers; the double-decker could take as many as 58. This, and its sheer size and look, made the double decker popular as soon as it was put on the roads,” as per an excerpt from the book.

The double-deckers over the years underwent some design changes, starting with ones having a single blink cabin and sloping engine cover that looked like clones of London’s Routemaster.

In 1967, BEST introduced articulated double-decker buses for the first time in the country, as per Pendsay’s book.

Commenting on the decline in the number of these iconic vehicles, Sunil Ganacharya, former member of BEST Committee, the policy making body of the Undertaking, told PTI operating costs were a major factor as one needed to deploy two conductors and also due to higher consumption of diesel.

Moreover, manufacturers had stopped production of these double-decker buses, which was also a reason for the decline in numbers, he added.

For many commuters, a ride on the double-decker bus was among their best memories of the financial capital.

“People used to rush to the upper deck to get the front seat for the breeze. I used to travel on ‘C’ route number 123 from Churchgate to Chowpatty until the service was discontinued on the stretch. The view of Marine Drive, Chowpatty, Malabar Hill was such a pleasure,” recalled AV Shenoy, a prominent transport activist now in his 80s.

However, the new electric buses are coming as part of a wet lease model, in which contractors take care of the cost of crew and maintenance, as indicated by BEST GM Chandra at the launch of the new double-decker last week.

He said the operating cost of their existing buses is Rs 150 per kilometer, while the same of the double decker and single decker e-buses on wet lease model cost Rs 56 and Rs 46, respectively, which is one third of the total.

According to officials, double-decker buses have a carrying capacity of 78 passengers, while that of single-deck electric buses is 54 passengers.

Apart from this, a double decker brings revenue of Rs 79 per kilometre, much higher than Rs 43 for single decker buses.

However, Mr Ganacharya had a word of caution for the wet lease model.

“It may have given a new lease of life to double-deckers, but it is not clear the model is sustainable. We have witnessed strikes by operators of wet leased buses and their maintenance is also poor,” the former BEST Committee member said.