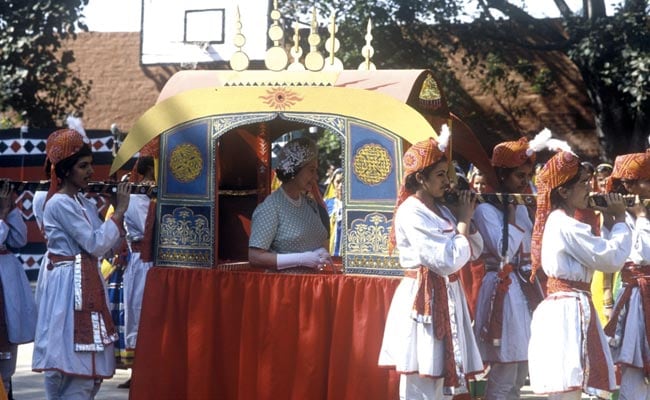 Queen Elizabeth II was the monarch of the United Kingdom of Great Britain and Northern Ireland. She officially became the Queen in 1952 after her father’s death and was the longest-reigning monarch in British history. She visited India several times, but her first visit came nearly 15 years after India’s independence. 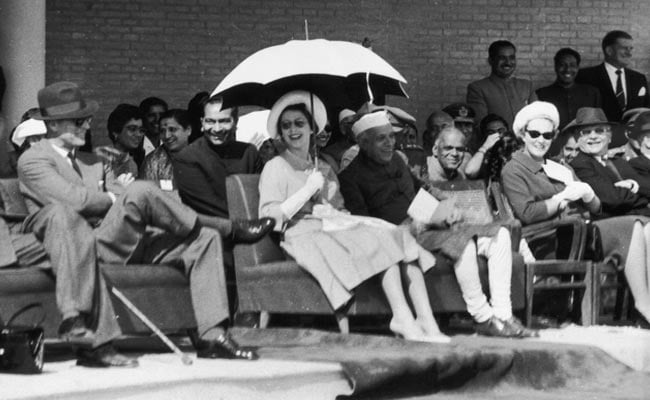 Queen Elizabeth and her husband, Prince Philip, first visited the nation in 1961. During their trip, the royal couple met with several heads of state and toured the country’s most-loved historical sites, including Taj Mahal. She also attended the grand Republic Day celebrations at Rajpath in New Delhi. 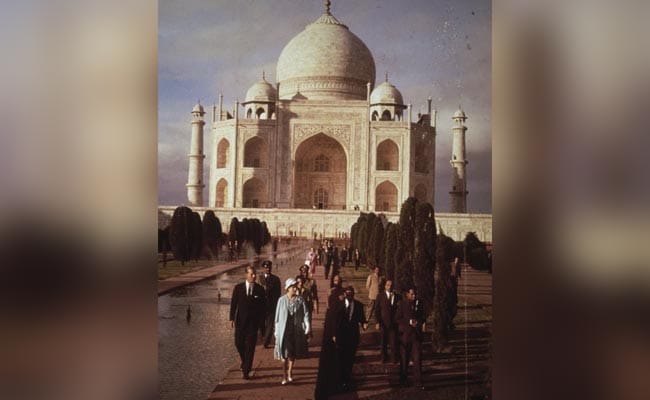 Queen Elizabeth at the Taj Mahal in 1961. (Getty Image)

According to news agency PTI, during the Delhi leg of her 1961 tour, Queen Elizabeth visited Rajghat and offered a ceremonial wreath at Mahatma Gandhi’s memorial. In the visitor’s book at Gandhi’s Samadhi (cremation site), the Queen wrote, “It Is Very Rare To Her To Write Anything Other Than Her Signature”. 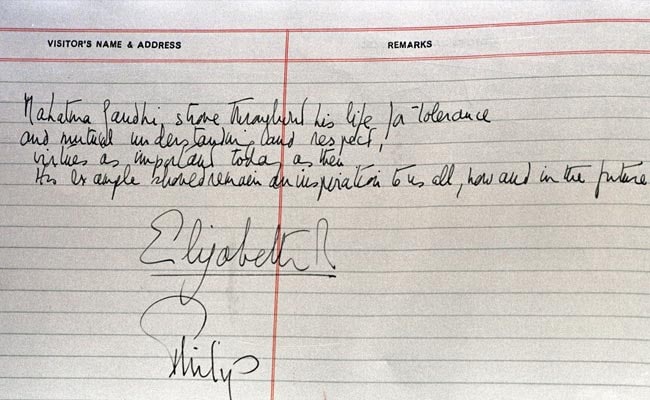 The Queen and Prince Philip’s Signatures In The Visitor’s Book. (Getty Image)

She formally opened the institute building of the All India Institute of Medical Sciences (AIIMS) at an impressive ceremony attended by then-President Rajendra Prasad. 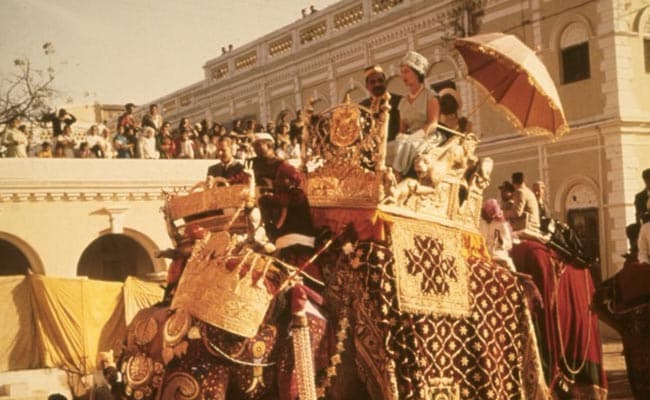 Queen Elizabeth riding an elephant in Varanasi during a tour of India, 25th January 1961. (Getty Image) 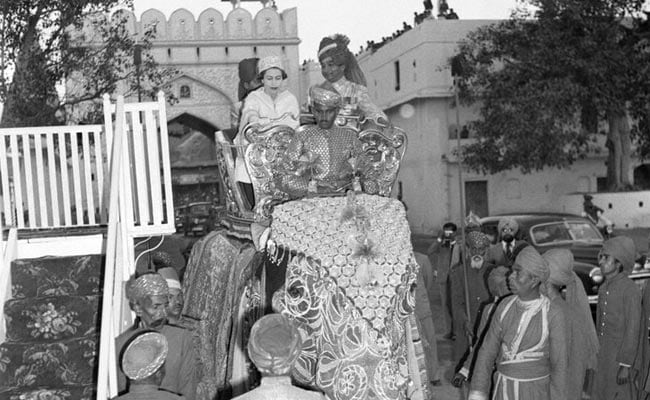 Queen Elizabeth and The Maharaja of Jaipur, Sawai Man Singh II, ride on an elephant on February 6, 1961. (Getty Image)

The couple visited Udaipur too. They were welcomed by the Maharana Bhagwat Singh Mewar, who introduced the Queen to more than 50 nobles who had joined him in welcoming the royal couple. 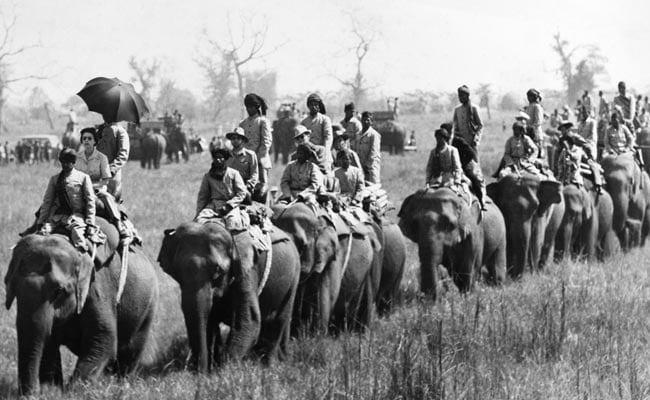 Queen Elizabeth during a tiger hunting in February 1961. (Getty Image)

Wherever the Queen went, countless people lined the streets, many perched on rooftops and in balconies to catch a glimpse of ‘Her Majesty, the Queen of England’, whose grandfather King George V was the last British monarch to visit India before her in 1911. The Queen was gifted an artistic model of Qutub Minar, while the Duke of Edinburgh was presented a silver candelabra, according to rare archival footage of the royal tour. 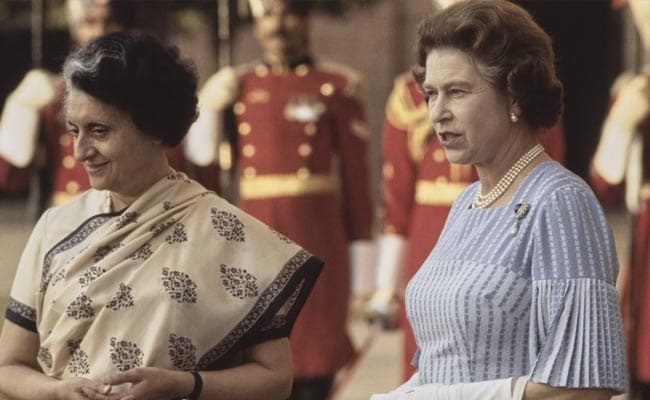 After 1961, Queen Elizabeth and Prince Philip visited India together again in 1983 and 1997, when India marked the 50th year of its Independence. 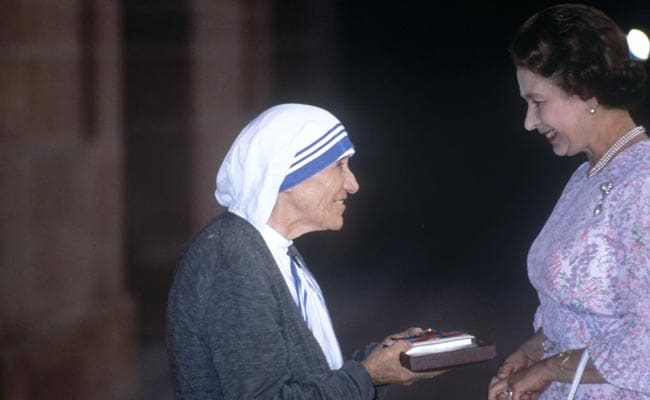 Queen Elizabeth presents the Order of Merit to Mother Teresa in 1983 in Delhi. (Getty Image)

In 1983, the Queen and Prince Philip visited the country at the invitation of then-President Giani Zail Singh. This time, the royal couple stayed at the refurbished wing of the Rashtrapati Bhavan and the Queen presented Mother Teresa with an honorary Order of Merit. 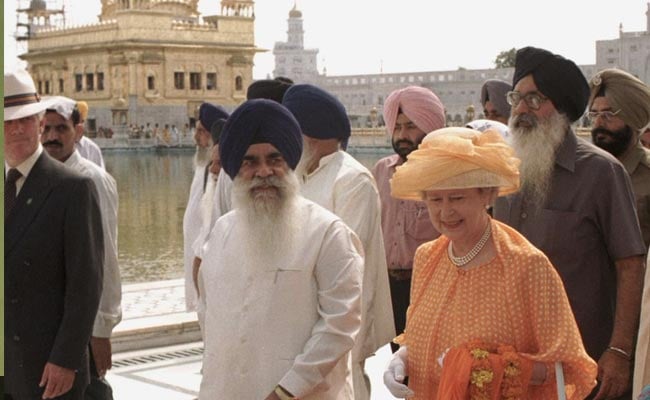 The Queen makes her way from the Golden Temple of Amritsar. (Getty Image)

During her third visit to the country to mark the 50th anniversary of India’s Independence, Queen Elizabeth visited the Jallianwala Bagh Memorial at Amritsar. Back then, the Queen had acknowledged, “It is no secret that there have been some difficult episodes in our past. Jallianwala Bagh is a distressing example”. She even bowed her head and placed a wreath at the memorial, as per a report in the Independent. 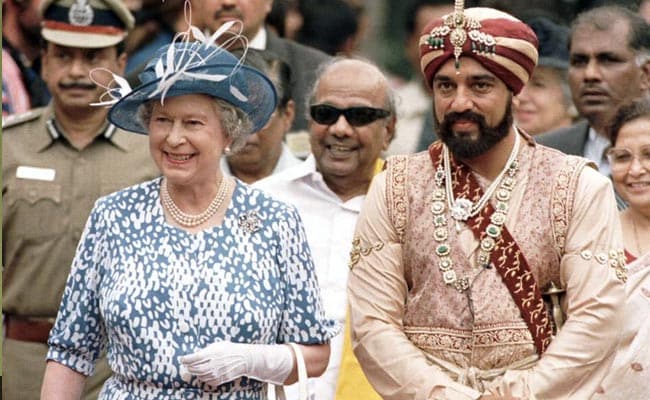 In 1997, the Queen also visited the sets of actor Kamal Hassan’s ambitious film project, Marudhanayagam. She made it to the MGR film city in Chennai where she spent almost 20 minutes.