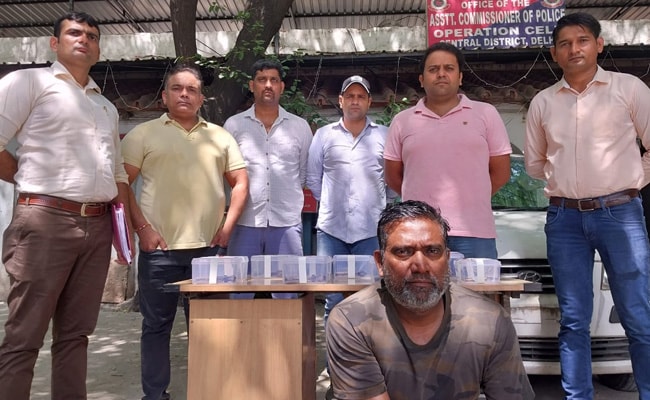 With his ill-gotten wealth, he amassed properties in Delhi, Mumbai, and North Eastern states.

Police claim that he is the biggest car thief in the country, and has allegedly stolen more than five thousand cars in the last 27 years. The Special Staff of Central Delhi Police caught him from the Desh Bandhu Gupta Road area after a tip-off.

According to the police, Anil is currently involved in smuggling arms. He was allegedly carrying arms from Uttar Pradesh and supplying them to banned organisations in the North Eastern states.

Anil used to drive autorickshaws while staying in the Khanpur area of Delhi, and started stealing cars after 1995.

He is notorious for stealing the most Maruti 800 cars during that period. Anil Chauhan used to steal cars in different parts of the country and sent them to Nepal, Jammu and Kashmir, and North Eastern states.

He also killed some taxi drivers during theft, police said.

He eventually moved to Assam and started living there. With his ill-gotten wealth, he amassed properties in Delhi, Mumbai, and North Eastern states.

Probe agency Enforcement Directorate had also registered a money laundering case against him.

Anil was arrested several times — once with a Congress MLA in 2015 after which he remained in jail for five years and was released in 2020.

There are 180 cases registered against him.

Anil has three wives and seven children, according to the police. He had become a government contractor in Assam and was in touch with local leaders there. Police have recovered six pistols and seven cartridges from him.

Share
Facebook
Twitter
Pinterest
WhatsApp
Previous articleIn a Latest Machine Learning Research, Researchers Question the Ease of Leaking Data from Inverting Gradient Highlighting Dropout is not Enough to Prevent Leakage
Next articleSecond seed Rafael Nadal crashes out after losing to Frances Tiafoe in Round of 16