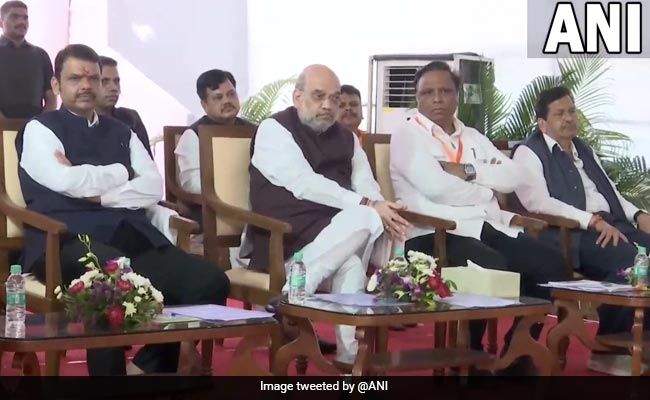 Shiv Sena’s Uddhav Thackeray has betrayed the BJP and must be “taught a lesson”, Union home minister and the BJP’s chief strategist Amit Shah said at a meeting of party leaders in Mumbai today. “We can tolerate anything in politics but not betrayal,” sources quoted Mr Shah as saying at the meeting.

Mr Shah, sources said, had accused the former Maharashtra Chief Minister of being responsible for the split in his party and the subsequent events. His “greed”, Mr Shah said, was the reason a section of his party had turned against him, brushing off any BJP hand in the rebellion by Eknath Shinde and the subsequent toppling of the Maha Vikas Aghadi government headed by Mr Thackeray.

Uddhav Thackeray, Mr Shah said, had not only betrayed the BJP but also “betrayed the ideology and also insulted the mandate of the people of Maharashtra”.

His party has shrunk today because of his “greed for power”, not the BJP, sources quoted him as saying. “Today I want to say again that we never promised Uddhav Thackeray the post of Chief Minister. We are people who practice politics openly and not in closed rooms,” Mr Shah had asserted.

Those who cheat in politics must be punished, Mr Shah had declared.  This, he had added, can be achieved through “Mission 150” for the coming civic elections in Mumbai.

The Brihanmumbai Corporation is the country’s richest civic body which the BJP has been trying to control for long.

“Under the guidance of Narendra Modi, the target of the BJP and the real Shiv Sena alliance should be to win 150 seats in the BMC elections. The public is with the BJP led by Modi-ji. Not with Uddhav Thackeray’s party which betrays ideology,” he had said.

The Sena and the BJP had shared an uneasy relationship since the alliance broke in 2014 over seat sharing in the run-up to the assembly polls but they got together after the state delivered a split verdict.

After the 2019 assembly polls, the Sena fell out with BJP again and tied up with Sharad Pawar’s Nationalist Congress Party and the Congress to form the Maha Vikas Aghadi government.

At the time, Mr Thackeray had accused the BJP of betrayal and alleged that they were expanding in Maharashtra at the cost of the Sena.

Earlier this year, he reiterated that his party had “wasted 25 years in alliance with the BJP”.

“We supported the BJP wholeheartedly to enable them to fulfill their national ambitions. The understanding was they will go national while we will lead in Maharashtra. But we were betrayed and attempts were made to destroy us in our home. So we had to hit back,” he had said.