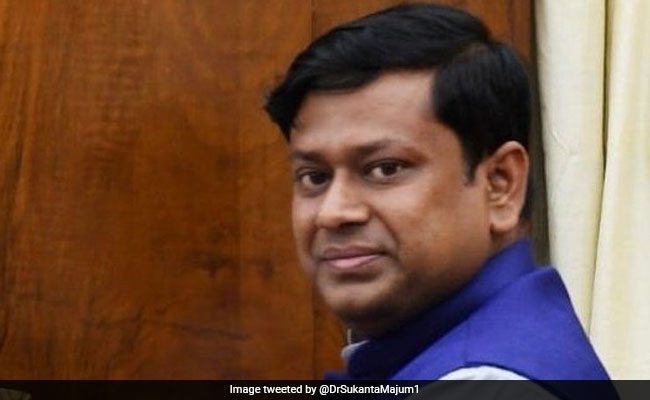 Infighting in Bengal BJP came out in the open on Thursday when its national secretary Anupam Hazra slammed the party’s Bengal president Sukanta Majumdar for “lacking the personality” needed to lead a party and said he is just a puppet who is controlled by others.

Mr Hazra’s outburst against Mr Majumdar came after he was not invited to a protest rally against TMC at Bolpur, his home town.

His comments came a day after the party’s three-day organisational meet where the state unit was asked to keep aside its internal differences and work as a single unit with an eye on the panchayat poll due next year.

“Sukanta Majumdar lacks the personality that is needed to lead a party. He is a puppet who is controlled by someone else. This has to stop. If he cannot take everybody along and follows the coterie culture, he is of no use for the party,” Mr Hazra said.

Without naming any one he alleged that Mr Majumder acts as per the instructions of a leader who is now in charge of the organisation in West Bengal.

Mocking Mr Majumdar over the party losing the series of by-elections in the state, he said BJP’s dream of winning 200 plus seats in West Bengal Assembly will remain “unfulfilled”.

“The party had given the call of Abki Bar Doso Parr (this time we will cross 200 plus seats), but we failed to do so. If this situation continues, we will never be able to win more than 77 seats in the state,” he said.

This is not the first time that Mr Hazra lambasted the Bengal BJP unit, which declined to comment on it.

Earlier this year after the party’s debacle in Asansol Lok Sabha by-poll in April, Mr Hazra, a former TMC MP had criticised the Bengal unit’s need to set its house in order by identifying its lacunae and said its existence will otherwise be in crisis in the state.

The state BJP is plagued by infighting and exodus after the Assembly poll defeat and is still licking its wounds. It has been fighting hard to keep its flock together after former union minister Babul Supriyo, party MP Arjun Singh and five legislators, including its national vice president Mukul Roy, switched over to TMC after the Assembly election.