Buckingham Palace Rings To Mournful “God Save The Queen” 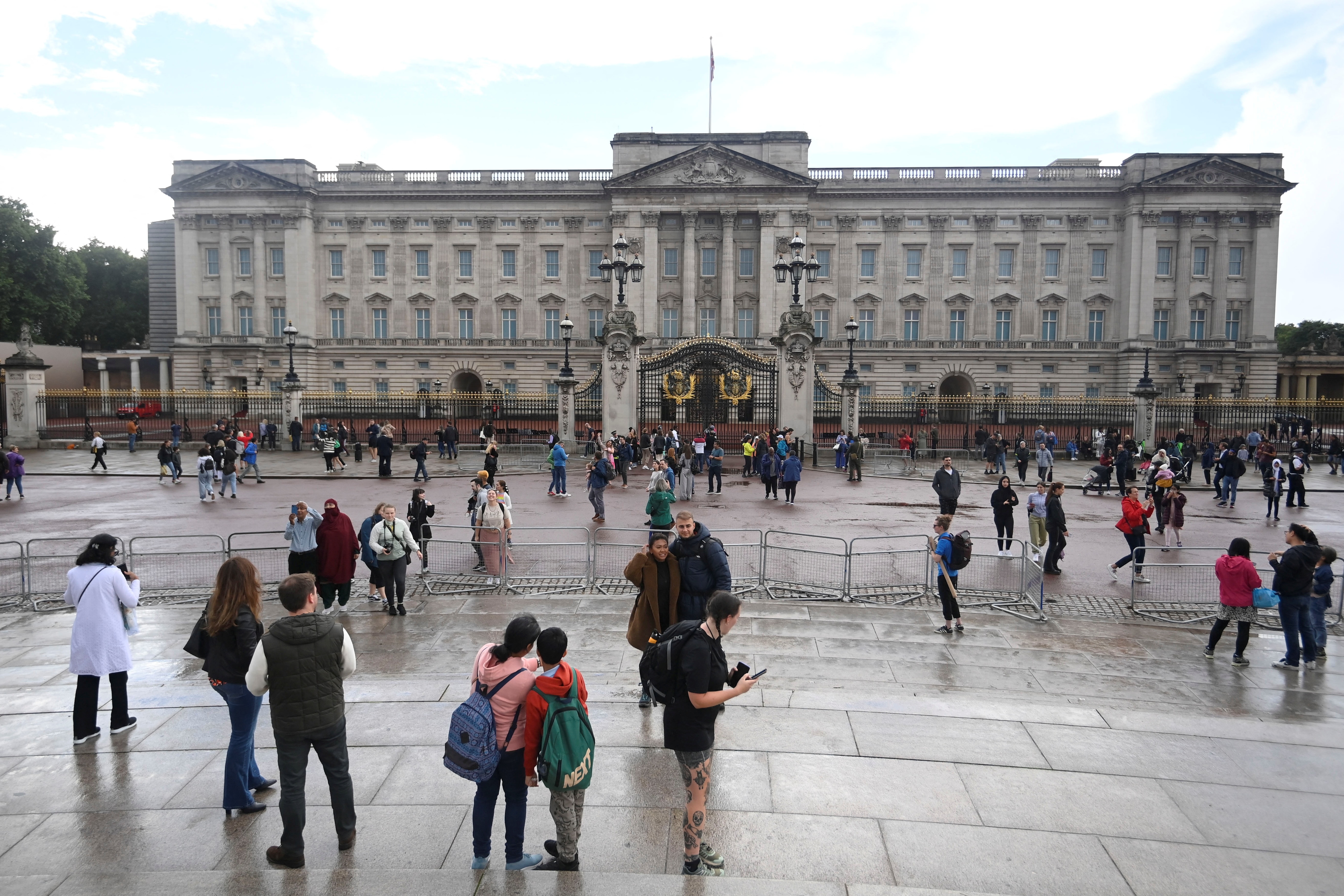 Many of the well-wishers, some carrying flowers, came from outside the UK.

Tearful crowds outside Buckingham Palace sang a forlorn “God Save the Queen” as news broke of Elizabeth II’s death on Thursday.

Hundreds braved torrential rain to stand at the palace gates after it was announced that doctors had placed the monarch under medical supervision at Balmoral, her Scottish estate.

A vivid rainbow temporarily lifted spirits, but the mood turned mournful in the evening as the seismic news was announced, triggering widespread cries of “oh no”, according to AFP.

Some wept as the Union Jack flag on the queen’s London residence was lowered, before a numbed silence fell over the crowd.

“So she’s really a very, very important part of the fabric. You know, it’s going to be terrible.”

Britain’s longest-serving monarch had been facing health problems since last October, which left her struggling to walk and stand.

Many of the well-wishers, some carrying flowers, came from outside the UK.

“As a French person, even I am touched by this,” said student Chloe Papeil.  “She is a part of English culture, but also global culture.”

The queen — an instantly recognisable figure to billions of people across the world — was in her Platinum Jubilee year, marking 70 years since she succeeded her father king George VI in 1952.

News spread rapidly across a shellshocked country, with announcements in public spaces, including a train from London to Edinburgh.

“I’m speechless, it’s very sad,” said lawyer Rory Turbet, 38, who was travelling on the train for a wedding.

“A lot of British people will feel that way; she’s been a constant presence in people’s lives,” he told AFP.

On the streets of London, animation producer Toni Cunningham told AFP: “I feel really sad, I feel like my nana (grandmother) has died. She did so much for this country, she was here so much for us.”