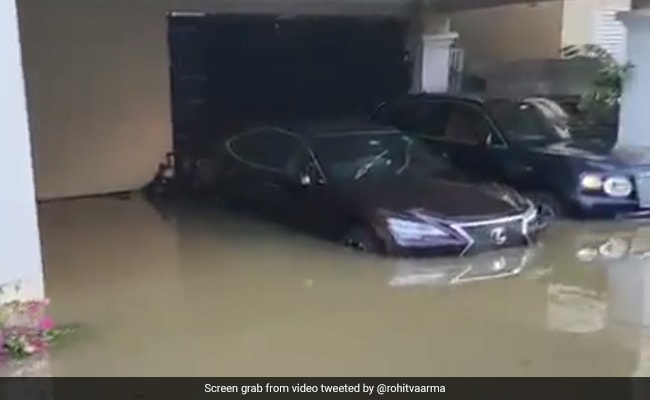 People were taken out of flooded area in a tractor-trolley, passing by their expensive cars.

Being rescued on a tractor-trolley, residents of an upscale neighbourhood in Bengaluru look worried as they pass by some Lexus and BMW sedans, Range Rover SUVs, and a Bentley crossover among other ultra-expensive cars that are half-submerged — this video shows how flooding in India’s IT hub hasn’t spared many.

Here is another one. #Bangalorepic.twitter.com/BoQBV7jt7Z

There are some relatively less expensive models — such as an older version of the Honda Civic and the now-discontinued Volkswagen Polo — seen too. No overall damage estimate is available as yet.

This video, shared by communications professional Rohit Varma among several others, is one of many going viral. He shared a photo of the inside of a home too.

It brought back memories, and fears, of what happened in Chennai in 2015, when thousands of cars and two-wheelers were damaged. Expensive cars, including Audis and Jaguars, were later sold for much below market price as these were either beyond repair or would cost huge sums to be road-ready again.

Usually, insurance does not cover floods and other such “natural disasters”, though that can be done by paying extra premium.

In other stark visuals earlier today, ed-tech platform Unacademy’s CEO Gaurav Munjal shared a video of his family and pet dog being evacuated on a tractor after his residential society was flooded.

Family and my Pet Albus has been evacuated on a Tractor from our society that’s now submerged. Things are bad. Please take care. DM me if you need any help, I’ll try my best to help. pic.twitter.com/MYnGgyvfx0

On the government front, meanwhile, Karnataka Chief Minister Basavaraj Bommai blamed the previous Congress governments and “unprecedented” rains for the flooding in the state capital. He said that, despite all odds, his government has taken it up as a challenge to restore the rain-battered city, and make sure that such things don’t recur.

For the last couple of days, several areas of Bengaluru remain under water as lakes have overflowed.

“For the last 90 years such rain has not been recorded. All the tanks are full and are overflowing, some of them have breached, and there have been continuous rains,” Mr Bommai said.