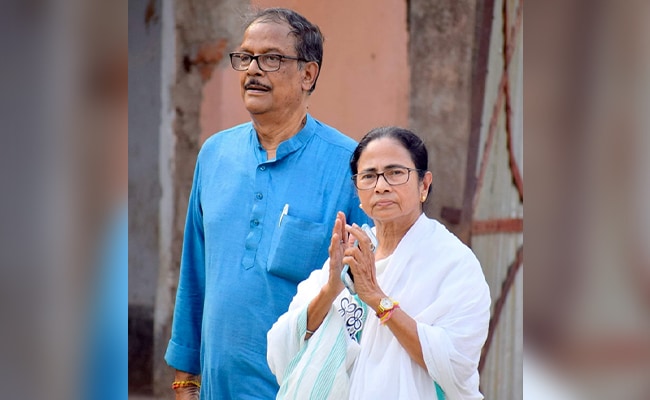 The CBI alleges that alleged illegally mined coal was sold in the black market.

Amid nationwide uproar by Opposition parties over alleged misuse of central investigation agencies, the CBI is today conducting searches at the premises of West Bengal Minister Moloy Ghatak in the alleged coal pilferage case, officials have said. The central probe agency’s officers conducted raids at three houses of Mr Ghatak in Asansol in Paschim Bardhaman district and one in Lake Gardens area of Kolkata.

The CBI is probing the alleged coal smuggling scam and Mr Ghatak’s name has come up in the probe, officials say.

The agency, aided by a huge contingent of central paramilitary personnel, conducted searches in these properties in connection with the scam. Women officers were also part of the team.

He, however, has skipped several other summonses of the ED in connection with the alleged scam.

“As his name surfaced in the coal smuggling scam, we need to find out what was his role in it. We have evidence of Ghatak’s involvement in the scam,” a CBI officer told news agency PTI.

The Enforcement Directorate has lodged a case under the anti-money laundering law based on a November 2020 FIR registered by the CBI that alleged a multi-crore coal pilferage scam related to Eastern Coalfields Limited mines in the state’s Kunustoria and Kajora areas in and around Asansol. The CBI alleges that alleged illegally mined coal, worth several thousand crores, was sold in the black market over several years by a racket operating in the western parts of West Bengal where the Eastern Coalfields Limited runs several mines.

Several Trinamool leaders have been in the crosshair of central agencies ever since the BJP suffered a drubbing in the West Bengal assembly elections last year. Party chief Mamata Banerjee has openly accused the Centre of using agencies to harass and intimidate her party leaders.

Former state minister and Trinamool secretary general Partha Chatterjee was arrested in July by the Enforcement Directorate for his alleged involvement in the school recruitment scam, and the CBI arrested the party’s Birbhum chief Anubrata Mondal in August in connection with smuggling of cattle.

The CBI last Friday arrested Trinamool leader and chairman of Halisahar municipality, Raju Sahani for his alleged role in a Ponzi scheme that duped people of lakhs of rupees.

Abhishek Banerjee, the nephew of West Bengal Chief Minister Mamata Banerjee and the National General Secretary of Trinamool Congress, was also questioned by the ED for eight hours last Friday in connection with the alleged coal smuggling. He said all these coal mines are guarded by the Central Industrial Security Force, an agency that reports to the union Home Ministry. He had launched a scathing attack on Home Minister Amit Shah and the BJP right after his questioning, accusing the Centre of misusing central agencies for political gains.

“BJP claims that the leader of another party is a ‘Pappu‘. But in reality, Amit Shah himself is the biggest ‘Pappu‘. He just cannot do politics without using (Central) agencies,” he had said.

The Central Bureau of Investigation (CBI) had filed a charge sheet in July this year against 41 persons involved in the coal scam, though Mr Banerjee was not named in it.

Responding to the summons against Mr Banerjee, the Trinamool Congress had called it “vendetta politics”.

While the CBI is probing the criminal angle, the ED is pursuing the case under the Prevention of Money Laundering Act. One Anup Majee is the alleged kingpin of the coal mining and pilferage-linked money laundering case related to Eastern Coalfield Limited’s mines in West Bengal’s Kunustoria and Kajora areas in and around Asansol.

Assets worth more than Rs 15 crore of two close associates of Mr Majee were attached in July.

The ED has also summoned eight Indian Police Services officers posted in West Bengal to New Delhi for questioning in the coal smuggling case. Mr Banerjee hit out at the Centre saying instead of questioning officers of the CISF, who are in charge of security there, officers of the state police are being harassed.