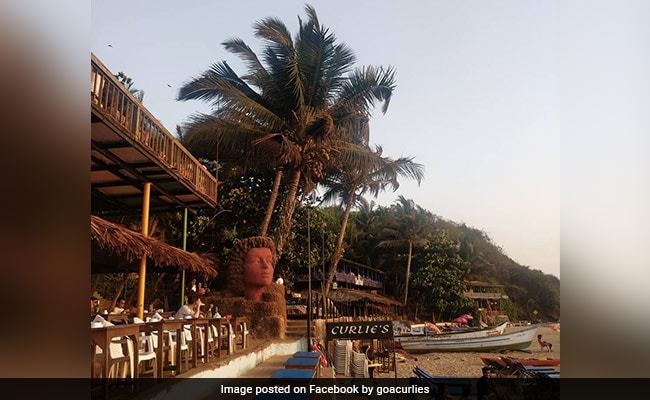 According to Goa Police, Sonali Phogat was allegedly drugged at the restaurant.

The demolition of parts of Curlies Restaurant at Anjuna Beach in Goa, which was in news after the death of BJP leader Sonali Phogat last month, resumed on Friday afternoon following a brief halt due to a Supreme Court order.

The top court earlier in the day stayed the demolition, so the action was halted for a few hours, but the order was limited to only the part of the restaurant standing on a particular survey number, said a senior official of the Goa Coastal Zone Management Authority (GCZMA).

The GCZMA in 2016 ordered action against the restaurant as parts of it stood on No Development Zone in violation of Coastal Regulation Zone (CRZ) norms which govern construction activity in coastal areas.

“After the SC order, we surveyed that particular part, and it is kept out of the demolition drive. Rest of the parts which violate Coastal Regulation Zone rules are being demolished,” the official said.

Linet Nunes, a co-owner of Curlies Restaurant, had moved the National Green Tribunal against the 2016 order of the GCZMA ordering demolition.

But the tribunal refused to stay the demolition in its order on September 6, following which the administration swung into action.

The demolition squad of the North Goa district administration began pulling down parts of the restaurant at 7.30 am on Friday.

The process was stopped around 11.30 am following the Supreme Court order.

In the urgent stay order, a bench headed by Chief Justice of India Uday Umesh Lalit made it clear that unauthorised construction on land other than the specified survey number may be demolished.

The bench also asked the owner of Curlies to suspend commercial activities for the time being.

Gajanan Korgaonkar, the lawyer representing Linet Nunes, said commercial activities have been banned till the next Supreme Court hearing.

The authorities stopped the demolition for a while before resuming in the afternoon.

Phogat, a leader of the Bharatiya Janata Party (BJP) from Haryana who first rose to fame as a TikTok star and Big Boss reality show contestant, had partied at the restaurant hours before her death last month.

Restaurant owner Edwin Nunes was among five persons arrested in the Phogat death case. He was later granted bail.

According to Goa Police, Phogat was allegedly drugged at the restaurant.