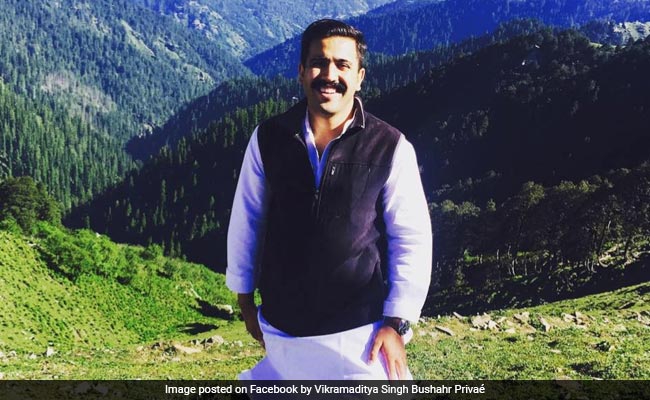 The name of Britishers on every building should be changed, said Himachal Congress leader.

Congress MLA Vikramaditya Singh on Thursday welcomed the decision of Narendra Modi-led BJP government to change the name of Rajpath to ‘Kartavya Path’ in New Delhi.

In a Facebook post in Hindi on Thursday, Shimla Rural MLA said “Renaming Raj Path as Kartavya Path is a welcome step”.

The son of late Himachal Pradesh Chief Minister Virbhadra Singh and the state Congress president Pratibha Singh said “British rule ended. The name of Britishers on every building should be changed”.

The New Delhi Municipal Council (NDMC) had in its special meeting on Wednesday approved a proposal received from the Ministry of Housing and Urban Affairs to rename Rajpath as ‘Kartavya Path’.

The entire stretch and the area from the Netaji statue at India Gate to the Rashtrapati Bhavan will now be known as ‘Kartavya Path’.

PM Modi is scheduled to inaugurate on Thursday evening the refurbished stretch, which has been renovated under his government’s ambitious Central Vista redevelopment project.