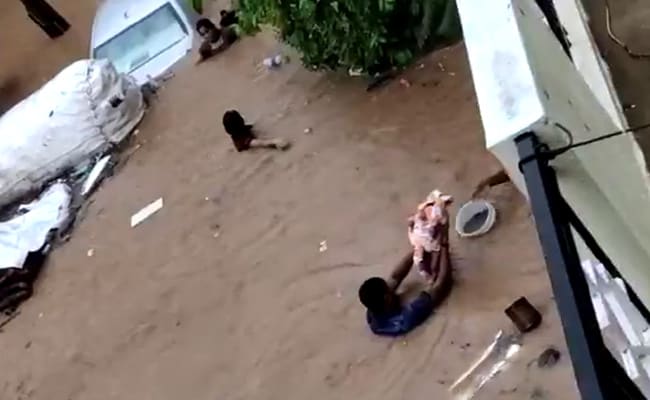 Karnataka government has decided to release Rs 300 crore to manage the flood situation in Bengaluru.

As torrential downpour continues to create havoc in Bengaluru, Karnataka Chief Minister Basavaraj Bommai on Monday night said the government has decided to release Rs 300 crore to manage the flood situation in the city.

The chief minister chaired a meeting with senior ministers and officials in the night to take stock of the rain and flood situation in the state, especially the capital city, and the damages caused.

The state government has decided to release Rs 600 crore to manage the rain and flood situation across the state. To restore damaged infrastructure like roads, electric poles, transformers, schools etc, Rs 300 crore has been kept for Bengaluru alone, Mr Bommai said.

He also pointed out that Rs 664 is already available with deputy commissioners of various districts, while separate Rs 500 crore has already been sanctioned for building infrastructure.

A total of Rs 1,500 crore has been allocated for the construction of storm-water drains in Bengaluru, Mr Bommai said, adding the work will begin once the water recedes.

The chief minister said it has been decided to have one more company of the State Disaster Response Force (SDRF) exclusively for Bengaluru and Rs 9.50 crore is being released for boats and other equipment for it.

At the state-level, two more companies of the SDRF will be set up in the days to come, he added.