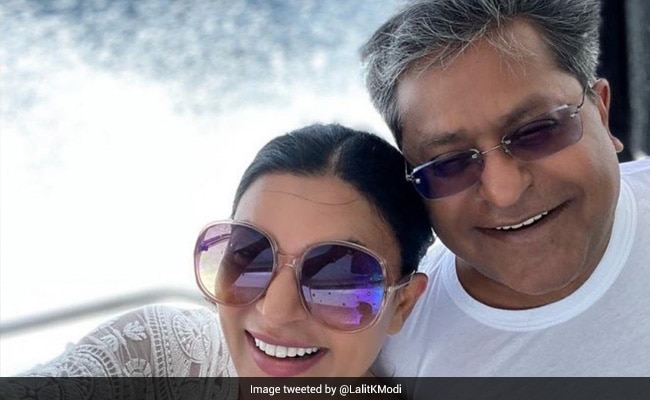 Neither Lalit Modi nor Sushmita Sen have addressed the rumours yet. (File)

Lalit Modi, who founded the Indian Premier League, has dropped his Instagram profile picture with actor Sushmita Sen and changed his bio to remove her name, sparking rumours of an end to the relationship that he made public two months ago.

The first chairman of IPL, Mr Modi spoke about his relationship with the former Miss Universe for the first time in July, and shared their vacation photographs from Maldives.

Soon after, he put up his photo with Ms Sen as the profile picture on the photo-sharing app. He also updated his bio mentioning her profile: “Founder @iplt20 INDIAN PREMIER LEAGUE – finally starting a new life with my partner in crime. My love @sushmitasen47 (sic).”

However, on Tuesday morning, his Instagram profile had a different profile picture, and the sentence mentioning Ms Sen’s name was dropped from the bio. “Founder @iplt20 INDIAN PREMIER LEAGUE – Moon (sic),” it read this morning. His profile now features his solo picture with a national flag filter.

Several reports, meanwhile, linked the development to an apparent end to the relationship. Neither Mr Modi nor Ms Sen have addressed the rumours yet.

Mr Modi making his relationship public in July had gone viral on the internet, with Ms Sen being subjected to unending commentary and scrutiny, including “gold-digger” brickbats.

In response, Ms Sen put up a long post stating, “It’s heartbreaking to see just how miserable and unhappy the world around us is becoming.” “I dig deeper than Gold and I’ve always (famously) preferred Diamonds!! And yes I still buy them myself!!! (sic)” she had said.