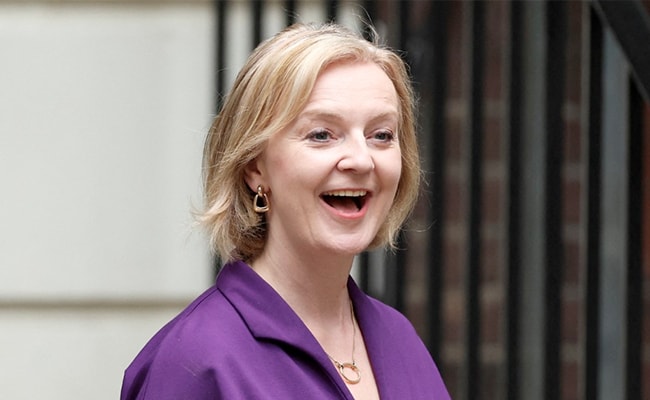 Liz Truss will replace Boris Johnson as Britain’s prime minister on Tuesday, travelling to see Queen Elizabeth in Scotland before appointing a new team of ministers to tackle an economic crisis and draw her deeply divided party together.

Truss defeated rival Rishi Sunak in a vote of Conservative Party members on Monday and will inherit one of the most daunting in-trays of any new leader, with Britain on course to enter a lengthy recession due to surging inflation.

The 47-year-old is under pressure to set out an immediate plan to protect millions of households and businesses from the soaring cost of energy, and her plan to borrow billions of pounds to soften the blow and cut taxes has badly rattled financial markets.

“Thank you for putting your trust in me to lead and deliver for our great country,” Truss said.

“I will take bold action to get all of us through these tough times, grow our economy, and unleash the United Kingdom’s potential.”

Johnson was forced to announce his resignation in July after months of scandals that saw support for his administration drain away and ministers resign en masse in a bid to force him out.

Johnson will give a speech outside Downing Street, then travel to Scotland to meet Queen Elizabeth at her Balmoral Castle residence to officially tender his resignation.

Truss will follow him and be asked to form a government by the monarch. Truss will then address the country and start appointments to her top team of ministers.

Britain has stumbled from crisis to crisis over those years and there is now the prospect of a long recession, and further increases in inflation, which hit double digits in July, plus a weakening pound.

The most pressing issue for Truss is to come up with a package to support households and businesses through the energy crisis.

Household bills are due to jump by 80% in October, but a source familiar with the situation has told Reuters that Truss is looking at freezing bills this winter, in a plan that could cost more than the COVID-19 furlough scheme.

Although Britain is well-versed in choosing – and replacing – prime ministers, the choreography of the day will have an unfamiliar feel, with Queen Elizabeth meeting Johnson and Truss in Balmoral rather than Buckingham Palace.

The palace announced last week that the queen would appoint the new prime minister in Balmoral, where she spends her summers, due to mobility issues.

Queen Elizabeth, under whose reign there have been 14 prime ministers before Truss, has had to scale back her public appearances in recent months due to such issues, and also spent a night in hospital last October for an unspecified illness.