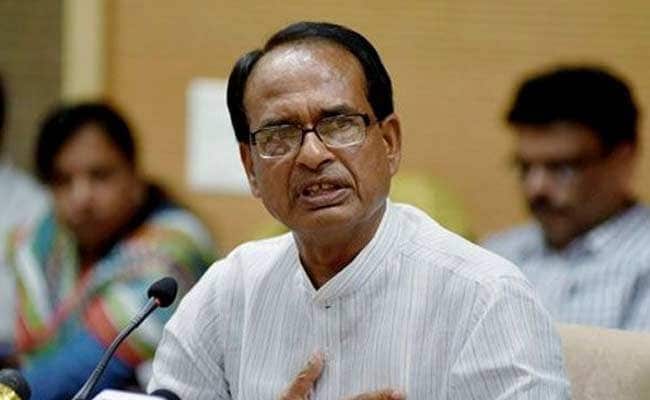 The WCD Department has been under Madhya Pradesh Chief Minister Shivraj Singh Chouhan since 2020.

From ration transport trucks that were found to be motorcycles to wild exaggeration of the number of beneficiaries, the Madhya Pradesh government’s nutrition programme for children has been nobbled by eye-popping levels of corruption, at the risk of leaving them malnourished and costing taxpayers crores of rupees, the state’s own auditor has found.

A confidential 36-page report by the Madhya Pradesh Accountant General, accessed exclusively by NDTV, has found large-scale fraud, irregularities in the identification of beneficiaries, production, distribution and quality control of the ambitious free food scheme for schoolchildren.

Some of the more egregious findings of the report were based on an examination of around 24 per cent of beneficiaries of the Take Home Ration (THR) scheme for 2021, a programme tasked with providing much-needed nourishment to 49.58 lakh registered children and women.

These included 34.69 lakh children aged between 6 months to 3 years, 14.25 lakh pregnant women and lactating mothers and 0.64 lakhs Out Of School Adolescent Girls or OOSAGs aged between 11-14 years, basing the auditor’s findings on nearly 12 lakh individuals.

The scale of the scam was such that the trucks that six manufacturing plants or firms claimed to have used to have transported 1,125.64 metric tons of rations costing Rs 6.94 crore, were found registered as motorcycles, cars, autos and tankers upon verification from the transport department records.

Despite being asked by the central and state governments to complete a survey for the identification of out of schoolgirls eligible for rations by April 2018, the Women and Child Development (WCD) Department did not manage to finish it till February 2021.

While the School Education Department had estimated the number of out-of-school girls at 9,000 in 2018-19, the WCD Department, without conducting any baseline survey, estimated their number at 36.08 lakh. 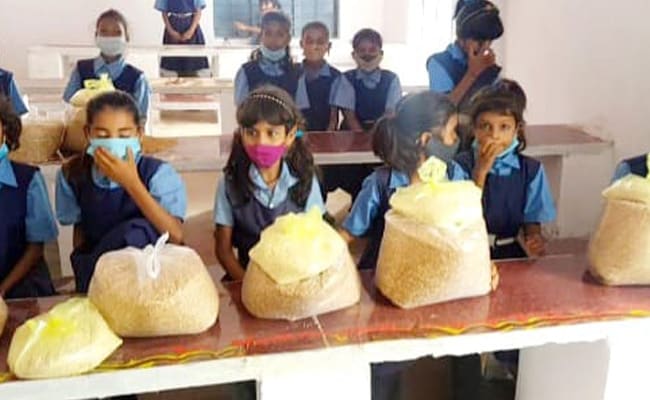 Schoolchildren are handed grains and other food like this under the THR scheme.

During the audit, it was found that at 49 Anganwadi centres in eight districts, only three out-of-school girls were registered. However, under the same 49 Aanganwadi centres, the WCD department listed 63,748 girls and claimed to have helped 29,104 of them during 2018-21.

This indicates the extent of data manipulation, leading to the falsified distribution of rations worth Rs 110.83 crore.

Apart from this, rations manufacturing plants were also found reporting production way beyond their rated and permitted capacity. When raw material needed and electricity consumed were compared to the actual rations production, it was found Rs 58 crore of it had been fudged.

Six plants in Madhya Pradesh’s Badi, Dhar, Mandla, Rewa, Sagar and Shivpuri claimed to have supplied 821 metric tons of rations , costing Rs 4.95 crore, despite not having as much available with them in the first place.

In eight districts, Child Development Project Officers (CDPOs) received over 97,000 metric tons of rations from plants, however, they sent out just about 86,000 metric tons to Aanganwadis.

More than 10,000 metric tons of rations, costing Rs 62.72 crores, were not transported nor available in the warehouse, indicating it had been pilfered.

While rations samples are required to be sent to independent labs outside the state at multiple stages of its distribution, from the plant to the Aanganwadis, for checking their quality and nutritional value, this was not done, suggesting the children and women may have got poor quality rations.

In eight audited districts, the officials did not inspect Aanganwadi centres during 2018-21, indicating extremely poor internal controls as well.

The stunning findings, by the state’s own auditor, fly in the face of the BJP’s claims of never being accused of any corruption anywhere it runs a government. The Madhya Pradesh government is yet to respond to a request by NDTV for a comment on the report.

The Women and Child Development Department has been under the supervision of Madhya Pradesh Chief Minister Shivraj Singh Chouhan himself since the resignation of BJP leader Imarti Devi in 2020 following a defeat in by-elections.

The THR programme is headed and supervised by the Additional Chief Secretary of the department. He is assisted by a state-level director, 10 joint directors, 52 district programme officers and 453 Child Development Project Officers or CDPOs.