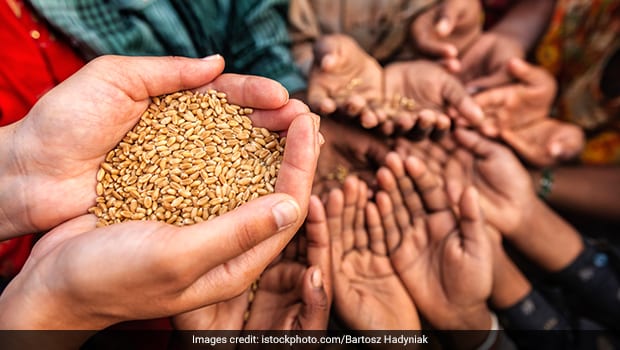 Malnourishment among children in Madhya Pradesh continues to be high (Representational)

The massive financial irregularities over BJP-ruled Madhya Pradesh’s take-home ration scheme, a story that NDTV broke last week, has brought into focus the issue of malnourishment of children, which is yet to be tackled by the state government.

The opposition parties Congress and the Aam Aadmi Party (AAP) have demanded Chief Minister Shivraj Singh Chouhan’s resignation and a probe by the Central Bureau of Investigation into the alleged scam.

Mr Chouhan has said the findings of the Comptroller and Auditor General’s (CAG) report, accessed by NDTV, is only half the picture as the state government is “yet to present its side”.

Nonetheless, malnourishment among children in Madhya Pradesh continues to be high.

Mr Chouhan, who also heads the Women and Child Development Department, had in written reply to the assembly said the state has over 65 lakh children up to five years old. Of this, 10.32 lakh are malnourished. Some 6.3 lakh are under “severely malnourished” category, 2.64 lakh suffer from stunted growth and some 13 lakh are rickety, a symptom of weak bones.

Records show Madhya Pradesh continues to have the third-worst maternal mortality ratio and the worst child mortality rate. According to a 2021 Sample Registration System report, the state had the highest infant mortality rate of 46 per thousand live births in India, compared to the national average of 36.

In Satna, one of the eight districts where the audit showed massive fraud in delivery of take-home ration, some 6,000 children are malnourished.

A nine-year old malnourished tribal girl, Sunaina Mawasi, died two weeks ago. She was admitted thrice to a nutrition rehabilitation centre but did not recover.

Another severely malnourished tribal child, a 7-year-old orphan, weighs only 7 kg. Doctors said she is underweight by 15 kg. The child, a resident of Chitrakoot, has been admitted to the paediatric intensive care unit of Satna District Hospital after she was found with severe malnourishment a few days ago.

When her mother was pregnant three years ago, her father left them. Her mother too left her soon. The child grew up with her daily labourer aunt, who doesn’t earn much.

Former Chief Minister Kamal Nath alleged ration worth crores of rupees have been distributed in the names of children who do not go to school.

“Madhya Pradesh has been a topper in malnutrition for years. Yet, this kind of fraud is happening, exposing the thoughts and intention of the government…There should be a detailed high-level investigation into this scam and action should be taken against the culprits, responsibility fixed,” Kamal Nath said.

The last-mile health delivery staff, or Angawadi workers under the government’s Integrated Child Development Scheme in rural areas, have alleged they have not been getting full salary for the last five months.

Anganwadi workers play a key role in keeping an eye on children till they are six years old in rural areas. They monitor children height, weight and other health indicator and submit to the government for data work. They also supply nutritious ration to pregnant women and mothers.

In April, Anganwadi workers and assistants across Madhya Pradesh ended a 47-day strike after the government assured of funds. But many have alleged they are not getting paid properly.

Sharada Yadav from Ward 16 Anganwadi in Aagar Malwa district said they have been getting only half their pay.

In Bhopal, another Anganwadi worker Abida Sultan said, “We are facing trouble. We are getting half salary for the past five months. Anganwadi workers in the state are not getting full honorarium for three months. In July and August, only half the instalment of Rs 5,500 was given.”