On Camera, Artiste Collapses On Stage During Performance In Jammu, Dies 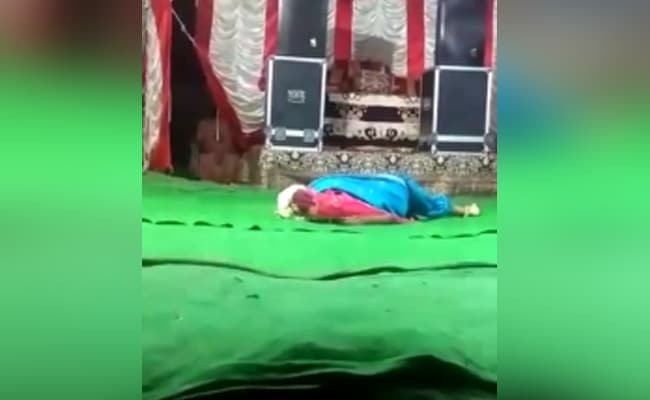 Several such incidents have been reported from all across the country.

An artiste in Jammu died after he collapsed on stage during his dance performance at a Ganesh Utsav, officials have said.

Sources say the man, Yogesh Gupta, died due to a heart attack.

A video, which has now gone viral on social media, shows Yogesh Gupta performing on stage dressed as Goddess Parvati before he collapsed.

Many in the audience thought it was part of the dance performance, sources said.

The visuals show he tries getting up, makes some dance moves, but collapses again. His co-artiste, dressed as Lord Shiva, then comes to the stage and checks on him.

After realising that Yogesh Gupta was unconscious, his co-artiste asked his group members for help, who then took him to the hospital, sources added.

Over the past few months, several such incidents have been reported from all across the country.

In June, singer Krishnakumar Kunnath, fondly known as KK, died after his concert in Kolkata due to cardiac arrest. Videos showed him complaining of “uneasiness” during the rehearsals.

Veteran Malayalam singer Edava Basheer also died after collapsing on stage at a music concert in Kerala’s Alappuzha on May 28, days before KK’s death.