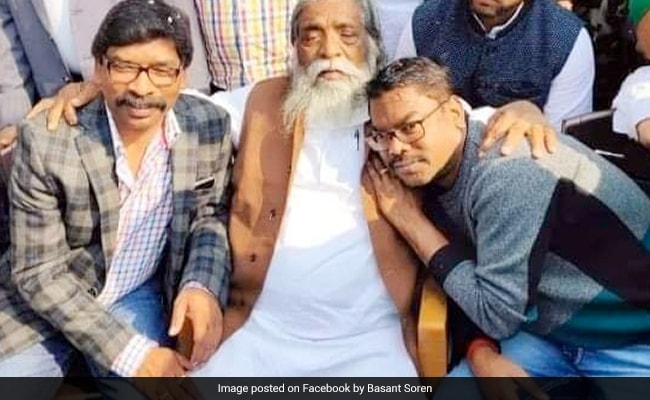 Amid hectic political developments and uncertainty in Jharkhand, the Election Commission (EC) has reportedly sent its opinion regarding the disqualification of Chief Minister Hemant Soren’s brother Basant Soren as an MLA, to state Governor Ramesh Bais, sources have said.

The EC submitted its opinion to Governor Bais in connection with an office for profit case on August 29, sources added.

This comes days after the poll panel reportedly recommended the disqualification of Chief Minister Hemant Soren as an MLA, following a complaint by the BJP who alleged that he violated election rules by extending a mining lease to himself while in office.

The party has sought action against Basant Soren under the same section (Section 9A of Representation of People Act, 1951) for co-owning a mining firm and not disclosing it in poll affidavit, it is learnt.

The Governor, however, has not announced his decision regarding the disqualification of both the Chief Minister and his brother yet.

If Hemant Soren is disqualified as an MLA, he cannot continue as Chief Minister even though he won a majority test in the house last week. The Chief Minister has accused the BJP of attempting an “Operation Lotus” to destabilise the state government.

Leaders of Jharkhand’s ruling JMM-Congress coalition fear the BJP may take advantage of the crisis and make an attempt to poach their MLAs and overturn the elected government, as happened in several states, including Maharashtra, Madhya Pradesh and Karnataka.

The ruling coalition has 49 MLAs in the 81-member assembly in which the majority mark is 41. The JMM, the largest party, has 30 MLAs, the Congress 18, and Tejashwi Yadav’s Rashtriya Janata Dal (RJD) has one.

The BJP, which is the main opposition, has 26 MLAs.