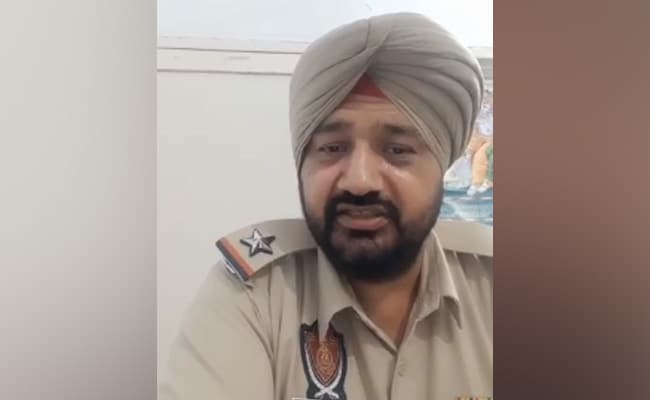 The assistant sub-inspector shared a video before shooting himself.

An assistant sub-inspector shot himself with his service revolver inside a police station this morning after allegedly being “humiliated” by his senior in Punjab. He also recorded a video, wherein he shared the reason for ending his life.

Satish Kumar, who was posted at Hariana police station in Hoshiarpur, alleged that Onkar Singh – the station house officer of Tanda police station – hurled abuses at him during an inspection on Thursday.

“I told him that rather than insulting me like that, it would have been better if he had just shot me,” he was heard saying in the video.

The whole episode happened because, Kumar alleged, the SHO was not satisfied with one of his answers.

“He asked me about the cases which were scheduled to be heard in the Punjab and Haryana High courts the next day. I told him that there was just one case which I am dealing with and the details of other cases can be found from the concerned investigating officer,” he claimed.

“After that he humiliated me. He didn’t stop there, he also registered a complaint against me in the record book,” he added.

He said after the incident he decided to end his life.

The SHO has been transferred to police line and a probe has been ordered, police said.

Sartaj Singh Chahal, the Senior Superintendent Of Police in Hoshiarpur has appealed to the junior cops to approach him if they face any issue.