The suspects had devised a method to alter fingerprints.

If you thought fingerprints were the fool-proof way of nailing the guilty or solving a crime, there’s bad news.

The Telangana Police have busted two men who carried out illegal fingerprint surgeries to smuggle candidates to Kuwait for jobs.

The police said they have conducted at least 11 such surgeries to change fingerprint patterns in Rajasthan as well as in Kerala, charging Rs 25,000 for each.

Two people who underwent the surgery to gain re-entry into Kuwait, after being deported, have also been arrested, the police said, adding the medical kits used for surgery and other evidence has been seized. 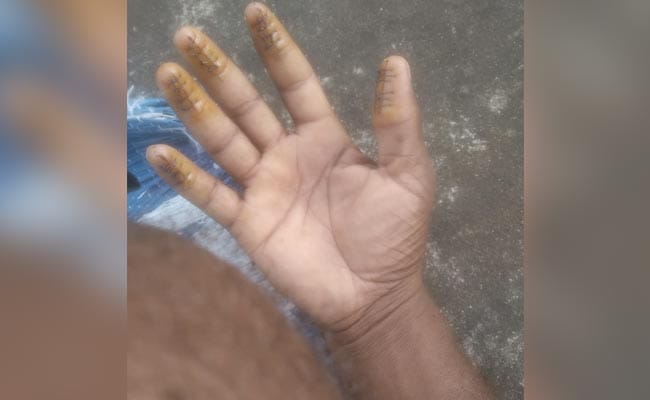 The tips of the fingers would be sliced off and re-stitched, the police said.

They came from Kadapa and were staying at a hotel in Hyderabad, ready to perform such surgeries on more people at Ghatkesar.

According to the police, Gajjalakondugari Naga Muneswar Reddy is a 36-year-d radiologist and X-Ray Technician at Krishna Diagnostics in YSR Kadapa district.

The procedure helped individuals, who were deported from Kuwait for criminal activity, in evading the authorities.

To perform the surgeries, Gajjalakondugari and Sagabala cut the upper layer of the fingertip, removed a part of the tissue and re-stitched it.

In a month or two, the wound would get healed and would slightly alter fingerprint patterns for up to a year.

The people who got the surgeries done would then have their fingerprints updated under India’s unique identity system Aadhaar, and with a new address, apply for a fresh visa to Kuwait, the police said.