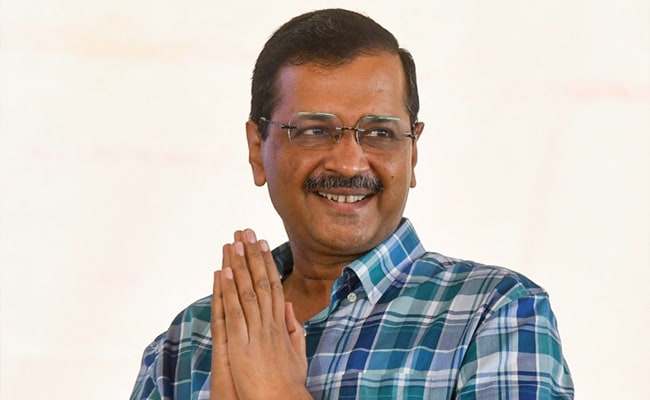 Arvind Kejriwal, the Delhi Chief Minister and Aam Aadmi Party (AAP) convenor, today promised loan waivers of Rs 2 lakh to farmers in Gujarat should AAP come to power. Mr Kejriwal was addressing farmers in Dwarka district on the first day of his two-day visit to the state that is scheduled to have assembly elections by this year-end.

Free electricity for 12 hours during the day, buying crops at the minimum support price and compensation of Rs 20,000 per acre of land in case of crop failure were some of the other guarantees issued by the AAP chief for the state’s farming community.

Mr Kejriwal also said that should AAP come to power, the current land survey will be scrapped and a new survey will be commissioned and the command area of the Narmada Dam will be increased to make sure its benefits reach every corner of the state.

The AAP leader said in his address to the farmers that all previous governments in Gujarat had ignored farmers’ plight, but he was ready to address the issue.

“People ask me how AAP, a ten-year-old party, is creating miracles. It’s because of the blessings of the poor that we are continuously moving ahead,” Mr Kejriwal said.

In a pointed attack against the BJP and Congress, he added: “If you want free power and free education, vote for us. If you want corruption and gundaism, vote for them.”

In repeated visits to the BJP-ruled state in the last few months, Mr Kejriwal has made several pre-poll promises such as free and quality health-care facilities, free education in government schools, free electricity up to 300 units per month, unemployment benefits of Rs 3,000, 10 lakh government jobs and a monthly allowance of Rs 1,000 for women.

According to AAP sources, on the first day of his current tour of the state, Mr Kejriwal was scheduled meet the village heads in Surendranagar and attend a “town hall” meeting with Village Computer Entrepreneurs (VCEs), working at eGram centres, to discuss ways to deliver better services to rural citizens.