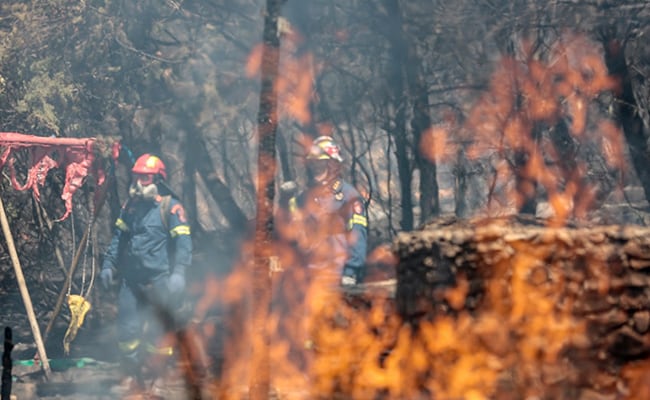 Thousands of people were ordered to evacuate their homes in northern California on Friday as a wildfire spread rapidly across more than 1,000 acres in extremely hot conditions.

Footage from a local ABC affiliate news channel showed several buildings ablaze in the so-called Mill Fire, which the Siskiyou county fire department warned was growing at a “dangerous rate of spread.”

Towns including Weed, Lake Shastina and Edgewood were placed under mandatory evacuation orders, children from a local high school were bussed to safety, and a large animal and livestock evacuation shelter was set up.

“Immediate threat to life. This is a lawful order to leave now. The area is lawfully closed to public access,” said the evacuation order.

The inferno came as California and parts of Nevada and Arizona broiled under another day of blistering temperatures.

A stubborn bubble of high pressure sitting over the region has sent the mercury soaring, with temperatures above 100 degrees Fahrenheit (38 Celsius) in many regions.

“September is off to a searing start in the West with record breaking temperatures and fire weather expected to expand and settle over that part of the country this Labor Day weekend,” wrote the National Weather Service in its daily bulletin.

Siskiyou is part of a largely forested and relatively less populous region of northern California that has been hit badly by wildfires in recent years.

Scientists say global warming, which is being driven chiefly by the unchecked burning of fossil fuels, is making natural weather variations more extreme.

A persistent drought lasting more than two decades has also left much of the American West baked and tinder dry, leaving it vulnerable to hotter, faster and more destructive wildfires.