“Will Never Forget Her Warmth, Kindness” 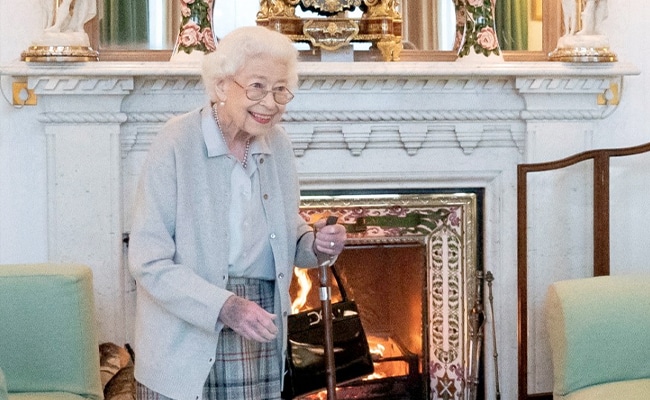 Prime Minister Narendra Modi has tweeted his tribute to Britain’s Queen Elizabeth II, who died today at the age of 96.

“I had memorable meetings with Her Majesty Queen Elizabeth II during my UK visits in 2015 and 2018. I will never forget her warmth and kindness,” PM Modi tweeted.

“During one of the meetings she showed me the handkerchief Mahatma Gandhi gifted her on her wedding. I will always cherish that gesture,” his tweet read.

I had memorable meetings with Her Majesty Queen Elizabeth II during my UK visits in 2015 and 2018. I will never forget her warmth and kindness. During one of the meetings she showed me the handkerchief Mahatma Gandhi gifted her on her wedding. I will always cherish that gesture. pic.twitter.com/3aACbxhLgC

PM Modi was invited for an audience with the Queen during his visit to the UK in 2018.

His royal welcome included a special event hosted by Prince Charles, who succeeds as King immediately, according to centuries of protocol.

Charles’ coronation, an elaborate ritual steeped in tradition and history, will take place in the same historic surroundings, as it has for centuries, on a date to be fixed.

The handkerchief the Prime Minister mentioned was a handwoven cotton lace which has “Jai Hind” as a central motif.

It was sent by Mahatma Gandhi as a gift on Queen Elizabeth’s wedding with Prince Philip in November 1947.

Reports said the Mahatma had personally spun the yarn and Lord Louis Mounbatten, who was the Governor General at the time, had carried it with him to England.

It was also Lord Mountbatten who had suggested the gift, according to his daughter Pamela Hicks, who was asked to be a bridesmaid of the Queen.

When Mahatma Gandhi said he wished to mark the occasion with a present, but had nothing to give since he had given away his possessions, Lord Mounbatten suggested that he could weave something on his loom, Pamela Hicks had told The Daily Telegraph.

Thanking the nation in a letter, she wrote, When it comes to how to mark 70 years as your Queen, there is no guidebook to follow. It really is a first”.